Design Milk is talking about us

Our first T.O.P. Crate project is being talked about

Mistakes Were Made rings are on the way to SOFA NY with Sienna Gallery!

So many pieces of scrap/mistake silver... Waiting to be melted into something new! 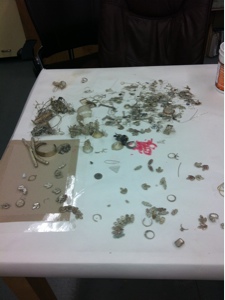 Posted by Unknown at 7:55 PM No comments:

T.O.P. Crate - Mistakes Were Made Opening 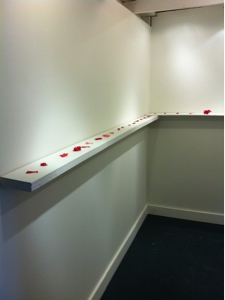 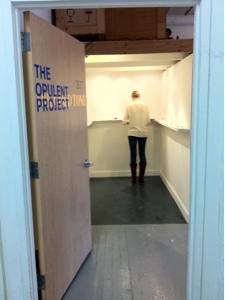 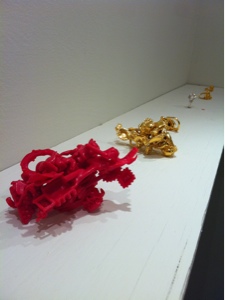 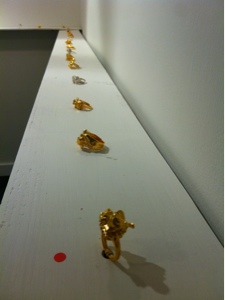 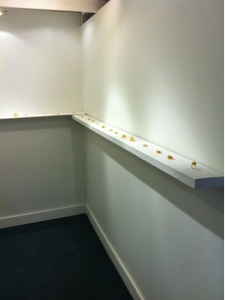 Posted by Unknown at 4:27 PM No comments:

Mistakes Were Made is an ongoing series.  Each piece is one of a kind and made from mistake wax pieces.  This Thursday (April 5, 2012) our studio will be open for the public to make their own Mistakes in wax to be cast in metal!
Posted by Unknown at 3:58 PM No comments:

T.O.P. Crate - Mistakes Were Made 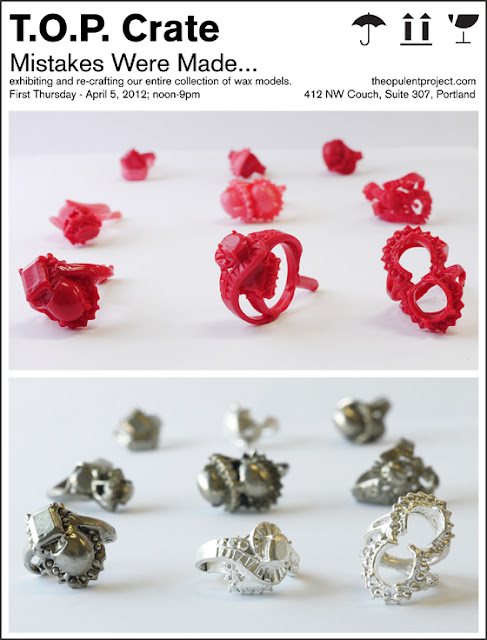 T.O.P. Crate will be open First Thursday, April 5th! We are presenting our recent and ongoing project, Mistakes Were Made. Over the last four years we have collected our rejected, less than perfect, wax models. Our collection of mistake waxes will be on display as well as some cast bronze and silver mistakes. We are selecting pieces from the collection to “re-craft” into new models to be cast in metal, and we invite everyone to both view and participate in our making process.

Making wax models is generally the first step in casting metal jewelry. The wax model is then covered with a special plaster and is placed in a kiln until the wax melts out; leaving a cavity into which molten metal enters and hardens. The result is a metal version of the wax model.

Casting is a manufacturing process that lends itself to reproducing multiples of the same object. For our work, we often make rubber molds of existing jewelry and “remake” found jewelry over and over again. Generally, we do not alter the model until after the wax is cast in metal. For our Costume Costume Series we were most interested in casting exact copies of the original piece. It is not always possible to pull the perfect wax model out of a mold, so we are left with many, many rejects. Some are near perfect, some are hardly recognizable and others are anywhere in between. They are all accidents. Last month, we used our accidental waxes to create a variety of forms and objects which we cast in bronze and silver.

“Mistakes Were Made” is the result of our participation in SHARE 14. SHARE is a bi-monthly event in Portland, Oregon that brings a small group of artists together to create in a shared space. We were excited to be asked to participate! AND we are excited about the outcome! We had two hours to create from the one-word prompt, CRASH. We will continue this formal investigation as we open T.O.P. Crate First Thursday, April 5th! Come see our newest series, watch us work and perhaps re-craft something yourself! Save a wax.... preserve it in metal, make your own mistakes!  Let us know you are coming and invite a friend on Facebook.

T.O.P. Crate is a 5x10ft miniature project/exhibition space housed in our studio. It is an experimental project dedicated to connecting our studio practice to Portland and our galleries. Crates are protective containers used for storing and transporting things.... Crate is derived from Latin crātis, wickerwork - the meaning can be reconstructed as 'to weave'. T.O.P. Crate is the space/time between idea and object; maker and audience. It is our creative hub for a studio practice that is accessible, transparent and an integrated thread into our community.
Posted by Unknown at 1:22 AM No comments: 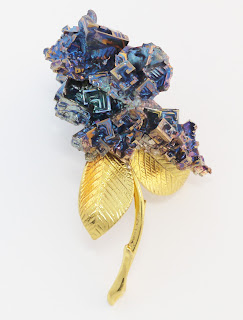 Check out this brooch from our Bismuth = Love series!  We made this series back in February but never posted this sweet little number.  Bismuth crystals form as molten bismuth cools, but you never know exactly what you'll end up with.  It was a pretty exciting material to work with!

Bismuth, atomic number 83, is one billion years older than the universe. It is a metallic element with some interesting properties. When conditions are just right, impossibilities become realities. What better a metaphor for love? So for Valentines Day TOP made (with much trial and error) a limited edition of these love crystals. There is no way to replicate these pieces with any exactness and in fact getting one at all could at times seem miraculous (just like love right?). Buy one for your sweetheart, nothing is quite like it.

Posted by Unknown at 8:35 AM No comments: